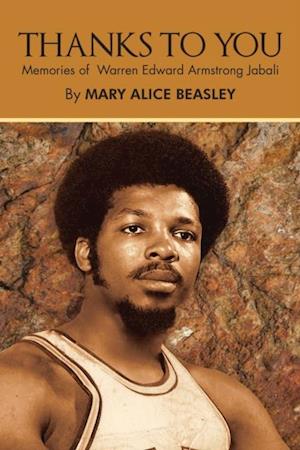 Warren Edward Armstrong Jabali was my hero. In the hearts of his family and friends across the country, he was a superstar. Known for his basketball feats at Central High School (1962-1964), Wichita State University (1964-1968), and in the American Basketball Association (ABA) 1968-1976, this book presents an uplifting story of how a man, labeled as 'one of the two meanest men in the ABA,' overcame the vilification of his character. By positively channeling his energy on the educational empowerment of African American youth, he became an extraordinary role model and father figure for many in South Florida. Divided into two sections, the first part of the book is Warren's incomplete manuscript. He described the wide ranging cultural attitudes, political environment and social conditions which motivated his actions and profoundly affected his basketball career. it is supplemented by newspaper articles and interviews in which he discussed various controversial topics and elaborated on the skills and legacies of his contemporaries. The last half is written by the 'love of his life.' A very complex and private person, the section illustrates multiple aspects of his personality which portray an intimate understanding of him that only someone he cherished could ever reveal. This narrative validates the strength of his character as he boldly faced personal challenges. It demonstrates his unwavering commitment to education as he persevered in his lifelong pursuit for equality. Additionally, it highlights how benevolent his interpersonal relationships were as he journeyed along the road less traveled