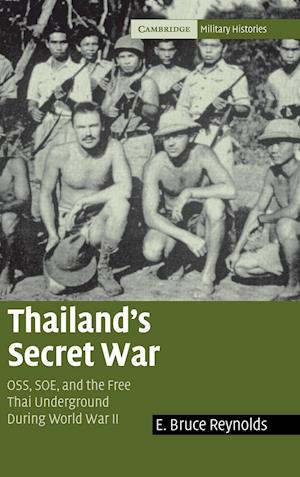 This book is an absorbing account of secret operations and political intrigue in wartime Thailand. During World War II Free Thai organisations co-operated with Allied intelligence agencies in an effort to rescue their nation from the consequences of its 1941 alliance with Japan. They largely succeeded despite internal differences and the conflicting interests and policies of their would-be-allies, China, Great Britain and the United States. London's determination to punish Thailand placed the British Special Operations Executive (SOE) at a serious disadvantage in its rivalry with the American Office of Strategic Services (OSS). The US State Department, in contrast, strongly supported OSS operations in Thailand, viewing them as a vehicle for promoting American political and economic influence in mainland Southeast Asia. Declassification of the records of the OSS and the SOE permits full revelation of this complex story of heroic action and political intrigue.

Forfattere
Bibliotekernes beskrivelse This book is an absorbing account of secret operations and political intrigue in wartime Thailand. It sheds light on Thailand's clandestine relations with Britain, the United States and China, each of which had ambitions for post-war influence in Bangkok, and on the rivalry between the SOE and the OSS.