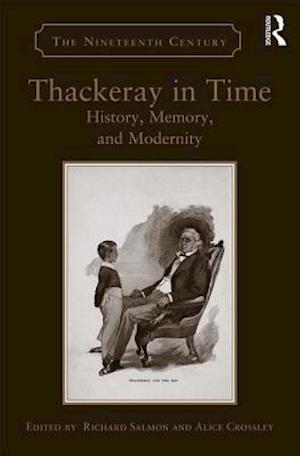 An intense fascination with the experience of time has long been recognised as a distinctive feature of the writing of William Makepeace Thackeray (1811-1863). This collection of essays, however, represents the first sustained critical examination of Thackeray's 'time consciousness' in all its varied manifestations. Encompassing the full chronological span of the author's career and a wide range of literary forms and genres in which he worked, Thackeray in Time repositions Thackeray's temporal and historical self-consciousness in relation to the broader socio-cultural contexts of Victorian modernity. The first part of the collection focusses on some of the characteristic temporal modes of professional authorship and print culture in the mid-nineteenth century, including periodical journalism and the Christmas book market. Secondly, the volume offers fresh approaches to Thackeray's acknowledged status as a major exponent of historical fiction, reconsidering questions of historiography and the representation of place in such novels as Vanity Fair and Henry Esmond. The final part of the collection develops the central Thackerayan theme of memory within four very different but complementary contexts. Thackeray's absorption by memories of childhood in later life leads on to his own subsequent memorialisation by familial descendants and to the potential of digital technology for preserving and enhancing Thackeray's print archive in the future, and finally to the critical legacy perpetuated by generations of literary scholars since his death.