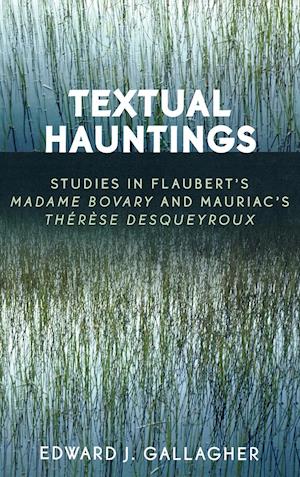 Therese Desqueyroux, Francois Mauriac's stark and introspective 1927 novel, appears to be quite a different tale from Madame Bovary, Gustave Flaubert's succes de scandale published exactly seventy years earlier. Yet upon closer scrutiny, the two novels' similarities become undeniable. The preponderance of parallelisms surely cannot be attributed to happenstance, nor can one agree with the contention that Mauriac must have been inspired, unconsciously and unbeknownst to him, by the literary model of Madame Bovary. Textual Hauntings opens with an overview of the strikingly similar plot, characters, and themes in the best-known novel of each of these important modern authors. Subsequent chapters, noting both differences as well as similarities, look specifically at the issues of gender and sexuality, the uses of religion and the role of the clergy, the function of uncertainty (both as a narrative technique in Flaubert and as a thematic element in Mauriac), the role of minor characters and their relationships to the two eponymous heroines, and finally, the use by each novelist of photographs in order to undercut, rather than to underscore, any affection felt for the person whose image has been preserved. While surely borrowing from his nineteenth-century precursor, Mauriac, like Flaubert, created a remarkably powerful novel. Just as each novelist offers the reader a hauntingly memorable heroine, Flaubert's celebrated masterpiece Madame Bovary haunts the pages of Nobel laureate Mauriac's Therese Desqueyroux. Edward Gallagher's examination and reflections on these two novels in tandem lead to a deeper appreciation and a better understanding of each novel.