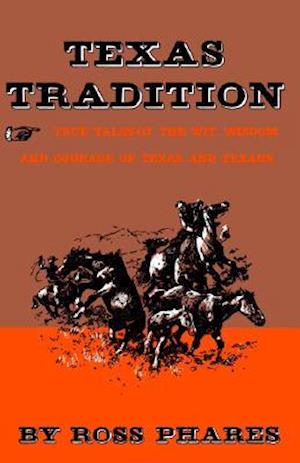 What kind of people would leave the comfort of the East behind to forge a life of their own in the Wild West? Individualistic, strong, and down-to-earth people who created a semblance of civilization where there once was none, and who took the law into their own hands because there were no other hands to take it. In Texas Tradition, discover the men and women of the Texas frontier. Read about amazing feats of sharpshooting and the courage to survive in an untamed wilderness. The men and women who braved the uncivilized west have fascinated us since the westward movement began. It was these people who inspired Hollywood to make many movies of what it might have been like to be there. This book will give the reader a glimpse of the truth behind the legends.