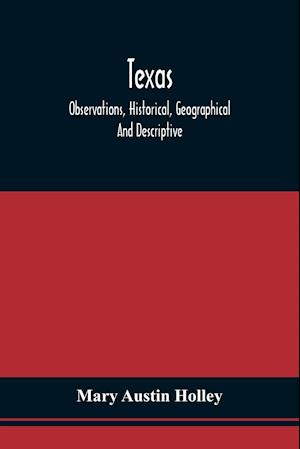 The book, Texas : Observations, Historical, Geographical And Descriptive, In A Series Of Letters ; Written During A Visit To Austin'S Colony With A View To Permanent Settlement In That Country In The Autumn Of 1831, has been considered by academicians and scholars of great significance and value to literature. This forms a part of the knowledge base for future generations. So that the book is never forgotten we have represented this book in a print format as the same form as it was originally first published. Hence any marks or annotations seen are left intentionally to preserve its true nature.