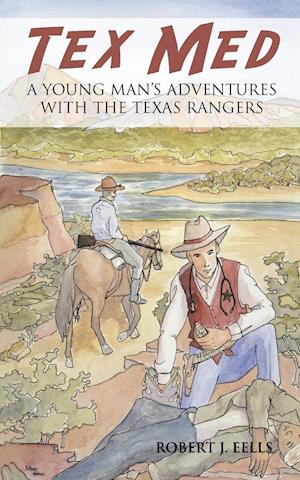 This novel started with a conversation I had with my secretary's husband, Worth Videto, sitting at their kitchen table one evening. Worth shared with me a few examples of small-town medicine from the life of his own grandfather, Dr. James Worth Townsend, of Vandercook Lake, Michigan. Dr. Townsend's half-century of medicine was very similar to that of my father, Dr. Walter E. Eells. But what really interested me at the time was Worth's recounting of some unusual experiences his grandfather had as a young man in the summer of 1916. Here are the true elements of the story to the best of my knowledge: James Townsend--as a young medical student at the University of Michigan--did travel to the Rio Grande border with Mexico that very same summer; he worked at a general store owned by a relative in Los Indios, Texas; during the summer the Texas Rangers "commandeered" him for some medical assistance near the border, and his service occasionally meant wearing a pistol; he did shoot a rabbit on the first try; he reported in a letter on the murder of a Mexican by a Black man; as a result of the murder was told to order mourning cloth at the store for the funeral; he mentioned a bad drought in his area of Texas; and was offered a part ownership in the store if he decided to remain in Texas. In the novel James Townsend becomes the fictional character, John McFarland. Just about everything else in this novel is also fiction, or historical fiction, since I try to honor the overall historical context and have my fictional characters interact with real historical actors. For example, the governor of Texas at this time was, in fact, named Ferguson; Pancho Villa's raid into New Mexico had just occurred; the border between Mexico and Texas was violent and chaotic; Texas Rangers had a tough time guarding the border and keeping the peace; and German spies were present in Mexico doing their best to keep America from entering the war in Europe. In sum, Worth shared some stories with me which I chose to expand, embellish, and turn into a novel. Readers will have to decide if it works.