indgår i serie Themes in History 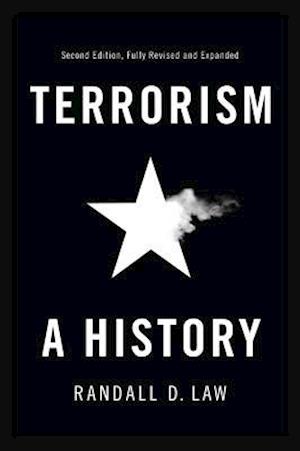 We live in an era dominated by terrorism but struggle to understand its meaning and the real nature of the threat. In this new edition of his widely acclaimed survey of the topic, Randall Law makes sense of the history of terrorism by examining it within its broad political, religious and social contexts and tracing its development from the ancient world to the 21st century. In Terrorism: A History, Law reveals how the very definition of the word has changed, how the tactics and strategies of terrorism have evolved, and how those who have used it adapted to revolutions in technology, communications, and political ideologies. Terrorism: A History extensively covers such topics as jihadist violence, state terror, the Israeli/Palestinian conflict, Northern Ireland, anarcho-terrorism, and the Ku Klux Klan, plus lesser known movements in Uruguay and Algeria, as well as the pre-modern uses of terror in ancient Rome, medieval Europe, and the French Revolution.This thoroughly revised edition features up-to-date analysis of: * Al-Qaeda s affiliates and the franchising of jihadism * Lone wolf violence in the United States and Europe * Sri Lanka s victory over the Tamil Tigers Other features include updated and expanded bibliographies in each chapter, more scholarly citations, and a new conclusion, making Terrorism: A History the go-to book for those wishing to understand the real nature and importance of this ubiquitous phenomenon.

Forfattere
Bibliotekernes beskrivelse We live in an era dominated by terrorism but struggle to understand its meaning and the real nature of the threat.