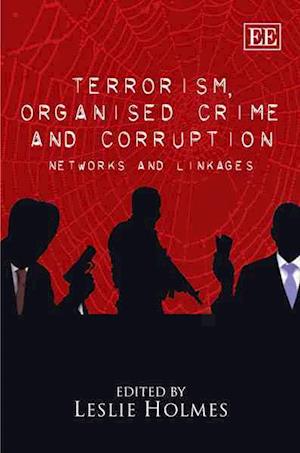 Leslie Holmes and a team of specialists from three continents analyse terrorism, organised crime and corruption both individually and in terms of the connections between them. It is argued that if we are better to understand these three phenomena, their links not only to each other but also to corporate crime need to be analysed.There has been a marked growth in the awareness of corruption, organised crime and terrorism in recent years, especially since the end of the Cold War. Yet the linkages and resonances between these three forms of anti-social and anti-state behaviour are still not sufficiently recognised. Leslie Holmes and his fellow contributors analyse all three phenomena in concert to explain why it has taken so long for states, international organisations and the public to begin to appreciate the interplay between them. It is demonstrated that, while the recent growing awareness of connections between these three types of crime is welcome, there is also a fourth player that must sometimes be considered; transnational corporations. Although the book focuses mainly on Europe, Australia and the US, much of the analysis and theorising has global relevance.This timely book will appeal to advanced undergraduates and postgraduates in political science, international relations, international political economy, security studies and criminology.

Forfattere
Bibliotekernes beskrivelse Leslie Holmes and a team of specialists from three continents analyse terrorism, organised crime and corruption both individually and in terms of the connections between them.