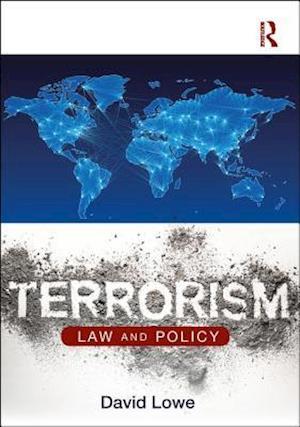 Terrorism: Law and Policy provides a comprehensive socio-legal analysis of issues related to terrorist activity. Aimed at both undergraduate and postgraduate students, the book takes a comparative approach to the law related to terrorism in a number of states, mainly those in Europe, North America, Australia and New Zealand. Beginning with an examination of the background to various currently active terrorist groups, the book focuses on those groups which are currently active and which pose a threat to security, especially at the international level. The chapters take the reader through the legal definitions of terrorism contained in various states' statutory provisions and examine how the courts have interpreted terrorism in those states' jurisdictions. The main aim of any terrorist investigation is prevention and so the book examines the various statutory preventative measures that states have introduced and explores the legal issues surrounding surveillance, terrorism intelligence exchange, radicalisation, use of social media, quasi-criminal provisions, asset-freezing and the nexus between terrorist activity and organised crime. Bringing together a number of themes related to terrorism and security from a uniquely legal perspective, this book builds a comparative picture of the legal counter-terrorism interventions states are adopting to increase co-operation and adopt a more united approach in the face of the international terrorism threat.