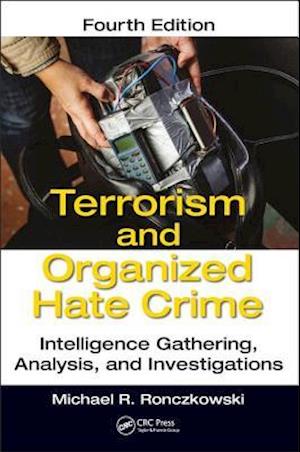 The ability of law enforcement agencies to manage and act upon intelligence is the key to countering terrorism. Likewise, a critical foundation of intelligence-led policing is the proper analysis of all information gained. Terrorism and Organized Hate Crime: Intelligence Gathering, Analysis, and Investigations, Fourth Edition demonstrates how to recognize the indicators of an impending act of terrorism or mass violence, how to deter an attack, and how to transform information into intelligence to meet community demands for safety and security.The Fourth Edition has been completely updated and expanded to cover numerous topics facing those tasked with investigating and thwarting terrorism and the terrorist acts throughout the world today. Many investigators have sought to understand the growth of the radical extremist and terrorist organization ranks. The Fourth Edition dedicates an expanded new chapter to the concerns and processes centering on radicalization and recruitment. This new chapter covers such in-depth topics like: criminal roots, gang connection, conversion, causes of extremism, models of recruitment and radicalization including self-radicalization, recruiting in the digital age, social media, youth targeting, prison radicalization and recruitment, legal concerns, case studies and groups, as well as what can be done to prevent recruitment. In addition to the new chapter, there is a new guide to sources of information for investigators and expanded discussion on IRA tactics and ISIS.Using techniques applicable to the private and the public sector, the book combines academic, research, and practitioner perspectives to establish a protocol for effectively gathering, analyzing, investigating, and disseminating criminal intelligence. Additional overage includes the role of fusion centers, terrorism financing, the handling of classified materials, the National Suspicious Activity Reporting (SAR) Initiative as well as pre-incident indicators and behavioral traits associated with terrorism.A one-stop resource for the homeland security, intelligence analyst, and investigative professional, the book arms those tasked with protecting the public with a solid blueprint for combating and investigating crimes associated with terrorism and hate. Also widely used as a core text, Terrorism and Organized Hate Crime, Fourth Edition teaches practical applications to those students enrolled in such courses as Terrorism and Hate Crimes, Violence and Terrorism, Domestic Terrorism, Terrorism and Political Violence, and Terrorism and Homeland Security. Accompanying PowerPointTm slides and a Test Bank are available to professors upon qualifying course adoption.