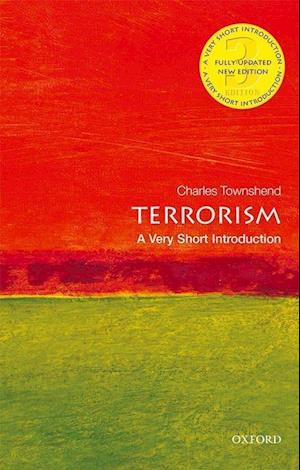 Is one person's terrorist another's freedom fighter? Is terrorism crime or war? Can there be a 'War on Terror'? For many, the terrorist attacks of September 2001 changed the face of the world, pushing terrorism to the top of political agendas, and leading to a series of world events including the war in Iraq and the invasion of Afghanistan. The recent terror attacks in various European cities have shown that terrorism remains a crucial issue today. Charting a clear path through the efforts to understand and explain modern terrorism, Charles Townshend examines the historical, ideological, and local rootsof terrorist violence.Starting from the question of why terrorists find it so easy to seize public attention, this new edition analyses the emergence of terrorism as a political strategy, and discusses the objectives which have been pursued by users of this strategy from French revolutionaries to Islamic jihadists. Considering the kinds of groups and individuals who adopt terrorism, Townshend discusses the emergence of ISIS and the upsurge in individual suicide action, and explores the issues involved in finding aproportionate response to the threat they present, particularly by liberal democratic societies. Analysing the growing use of knives and other edged weapons in attacks, and the issue of 'cyberterror', Townshend details the use of counterterrorist measures, from control orders to drone strikes,including the Belgian and French responses to the Brussels, Paris, Nice, and Rouen attacks.ABOUT THE SERIES: The Very Short Introductions series from Oxford University Press contains hundreds of titles in almost every subject area. These pocket-sized books are the perfect way to get ahead in a new subject quickly. Our expert authors combine facts, analysis, perspective, new ideas, and enthusiasm to make interesting and challenging topics highly readable.

Forfattere
Bibliotekernes beskrivelse Is terrorism crime or war? Can there be a 'war against terrorism'? In this fully updated edition, Charles Townshend unravels the questions at the heart of the problem of terrorism - its causes, methods, effects, and limitations - suggesting that it must be understood as a political strategy whose threat can be rationally grasped and answered. 17 black and white images