- Agence Ter: From the Landscape to the City 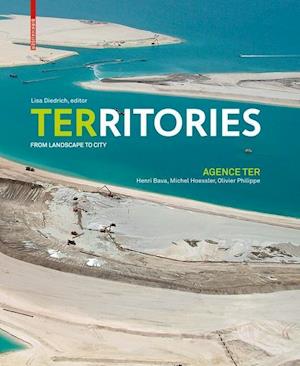 For Agence Ter (Henri Bava, Michel Hoessler, Olivier Philippe), the ground itself is material. It obeys the laws of the natural sciences, holds water, has layers, and creates horizons, but it also harbors histories, founds culture, carries meaning, and creates space. The partners at Agence Ter decipher what lies hidden within it and in doing so furnish ideas for the identity of human living environments. In the process, they often cross territorial boundaries, whether it be in their park for the state garden show Aqua Magica on the border between Bad Oeynhausen und Loehne in Westphalia, whose concept is based on subterranean watercourses; in their development plan for the cities and towns of the Ile de Cayenne conurbation in French Guiana, whose logic is based on siltation, sedimentation processes, hydrology, and infrastructure. The partners of Agence Ter approach their territories with the genius of the engineer who develops landscapes according to the immanent ecologic of the site itself, and with the sensitivity of the landscape architect who designs land for people to experience.