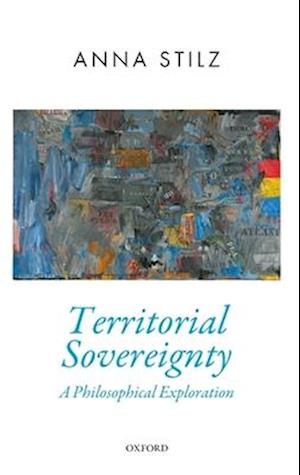 Territorial Sovereignty: A Philosophical Exploration offers a qualified defense of a territorial states-system. It argues that three core values-occupancy, basic justice, and collective self-determination-are served by an international system made up of self-governing, spatially defined political units. The defense is qualified because the book does not actually justify all the sovereignty rights states currently claim, and that are recognized ininternational law. Instead, the book proposes important changes to states' sovereign prerogatives, particularly with respect to internal autonomy for political minorities, immigration, and natural resources. Part I of the book argues for a right of occupancy, holding that a legitimate function of the internationalsystem is to specify and protect people's preinstitutional claims to specific geographical places. Part II turns to the question of how a state might acquire legitimate jurisdiction over a population of occupants. It argues that the state will have a right to rule a population and its territory if it satisfies conditions of basic justice and also facilitates its people's collective self-determination. Finally, Parts III and IV of this book argue that the exclusionary sovereignty rights tocontrol over borders and natural resources that can plausibly be justified on the basis of the three core values are more limited than has traditionally been thought.Oxford Political Theory presents the best new work in contemporary political theory. It is intended to be broad in scope, including original contributions to political philosophy, and also work in applied political theory. The series will contain works of outstanding quality with no restriction as to approach or subject matter.Series Editors: Will Kymlicka and David Miller.

Forfattere
Bibliotekernes beskrivelse This important new book by one of the world's leading political theorists boldly questions the moral justification for organizing our world as a territorial states-system and proposes major changes to states' sovereign powers.