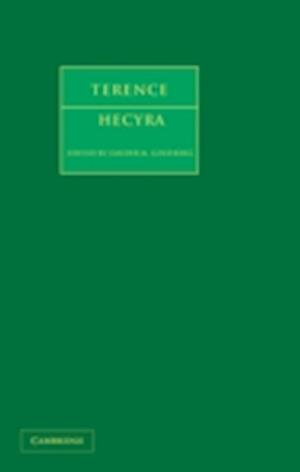 Terence's Hecyra raises social, literary and theatrical issues of great interest to modern students of Roman comedy and, indeed, of Roman culture more broadly. The play pays strikingly close attention to the domestic problems of women and experiments boldly with traditional comic forms, not only in its creation of anticipatory suspense, but through its variations on traditional situations and roles and its metatheatrical qualities. In addition, Terence's response in his prologues to the play's two putative failures is important, if tendentious, evidence for the mechanics of theatrical performance in the second century, especially the conjunction of theatrical and gladiatorial shows. This edition opens the play's many interpretive challenges to wider scrutiny while remaining attentive to the linguistic needs of students at all levels.

Forfattere
Bibliotekernes beskrivelse The social, literary and theatrical issues raised by this play, such as its treatment of women and bold experiments with traditional comic forms, have much to engage contemporary students of Roman literature and culture. This edition provides students with extensive assistance with the linguistic and the interpretive challenges it poses.