Tenochtitlan: Capital of the Aztec Empire

indgår i serie Ancient Cities of the New World 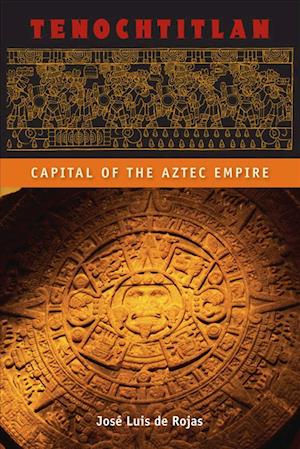 "An up-to-date and especially thoughtful study of the Aztec capital city of Tenochtitlan, delving into the many and varied issues and problems faced by any city."--Frances F. Berdan, author of Aztecs of Central Mexico "Provides a comprehensive view of life in the Aztec capital city, bringing together a wide variety of archaeological and documentary information to examine all aspects of the city's history, organization, and daily life."--Janine Gasco, coeditor of The Legacy of Mesoamerica Tenochtitlan, capital of the Aztec empire before the Spanish conquest, rivaled any other great city of its time. In Europe, only Paris, Venice, and Constantinople were larger. Cradled in the Valley of Mexico, the city is unique among New World capitals in that it was well-described and chronicled by the conquistadors who subsequently demolished it. This means that, though centuries of redevelopment have frustrated efforts to access the ancient city's remains, much can be told about its urban landscape, politics, economy, and religion. While Tenochtitlan commands a great deal of attention from archaeologists and Mesoamerican scholars, very little has been written about the city for a non-technical audience in English. In this fascinating book, eminent expert José Luis de Rojas presents an accessible yet authoritative exploration of this famous city--interweaving glimpses into its inhabitants' daily lives with the broader stories of urbanization, culture, and the rise and fall of the Aztec empire. José Luis de Rojas is professor of anthropology at the Complutense University of Madrid. He is the author of nearly a dozen books, including Ethnohistory of America, The Indian Monies and Their Use in New Spain, and The Aztecs.