- Rough Trade Book of the Year 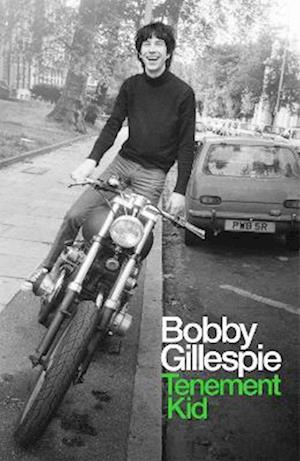 Bobby Gillespie is the lead singer and founding member of Primal Scream. He was born in Glasgow into a family with strong links to the socialist trade unions. He discovered punk, like many others, and became obsessed with music. After forming Primal Scream he took a sabbatical as the drummer in Jesus & Mary Chain (who famously refused to sit down because his hero Moe Tucker in the Velvet Underground had also stood up). He played on their classic album Psychocandy and toured with them. In the late 80s the Scream signed to Creation and, when they met Jeff Barrett and Andrew Weatherall, discovered ecstasy and acid house. The result was SCREAMADELICA, a masterpiece fusion of dub, soul, gospel, rock n roll and dance beats. It is a timeless classic. This first volume of Bobby's memoirs will take us through his childhood in Glasgow, his time in Jesus & Mary Chain, the Primal Scream early days, right up until the release of SCREAMADELICA.