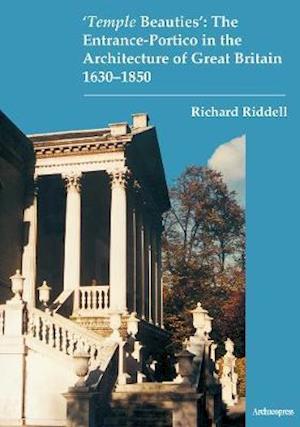 The portico is one of the most characteristic and significant features of western architecture and, yet, perhaps, also one of the least closely observed. Redolent of Antiquity and comprising the essential vocabulary of classical architecture in the form of the orders - columns, entablatures and, usually, pediments - it evokes past glories and epitomizes the modular system of design that is central to that architecture. It has often played a key role in, or acted as a barometer of, stylistic innovations. Used widely in Antiquity, especially in temples, the portico suffered a decline following the dissolution of Roman imperial authority in the West. However, sufficient literary and physical remains survived which, when viewed in particular ways, enabled it to regain a central position in architecture, following the Renaissance. Revived in Italy, it was subsequently adopted elsewhere in Europe and eventually in this country, and it is to the tentative introduction of the portico to Britain in the early seventeenth century, its widespread use throughout the eighteenth and much of the nineteenth centuries, and the beginning of its decline towards the end of our period, that this study is devoted.

Forfattere
Bibliotekernes beskrivelse The portico was a defining feature of the Classical architectural revival of the eighteenth and early nineteenth century in Britain, but has been rarely studied in its own right. In this well illustrated volume Richard Riddell first provides a definition for the portico, then explores its symbolism and significance. Illustrated throughout in colour and black and white