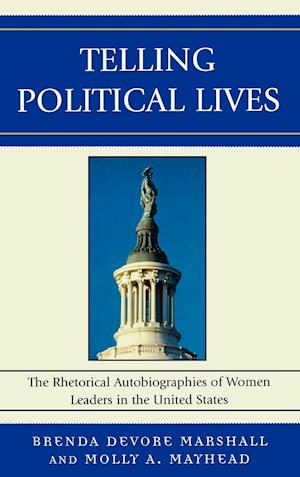 This book investigates the autobiographical writings of Barbara Jordan, Patricia Schroeder, Geraldine Ferraro, Elizabeth Dole, Wilma Mankiller, Hillary Rodham Clinton, Madeleine Albright, and Christine Todd Whitman. These eight women represent the diversity that permeates the cultural backgrounds, life adventures, and ideologies women bring to the political table. From differences in race, class, and geographic location, to variations in personal and family experiences, religious beliefs, and political ideology, these women illustrate many of the divergent standpoints from which women craft their lives in the United States. Each essay focuses on the autobiographical text as political discourse and therefore, as an appropriate site for the rhetorical construction of a personal and civic self situated within local and national political communities. The collection examines issues such as the intersection between the 'politicization of the private and the personalization of the public' evident in the women's narratives; the description of U.S. politics the women provide in their writings; the ways in which the women's personal stories craft arguments about their political ideologies; the strategies these women leaders employ in navigating the gendered double-binds of politics; and, the manner in which the women's discourse serves to encourage, instruct, and empower future women leaders. The analyses embody and explicate the political and rhetorical strategies these leaders employ in their efforts to act on their convictions, highlight the need for and reality of women's involvement in all levels of politics, and serve as an impetus and inspiration for scholars and activists alike.