indgår i serie Issues in Cultural and Media Studies 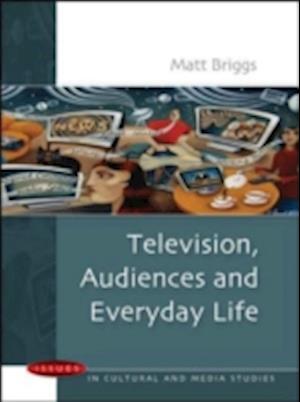 Television is commonplace in developed societies, an unremarkable and routine part of most people's everyday lives, but also the subject of continued concern from academia and beyond. But what do we really know about television, the ways that we watch it, the meanings that are made, and its relationship to ideology, democracy, culture and power? "Television, Audiences and Everyday Life" draws on an extensive body of audience research to get behind this seemingly simple activity. Written in a clear and accessible style, key audience studies are presented in ways that illuminate critical debates and concepts in cultural and media studies. The key topics and case studies include: news, debate and the pubic sphere; reality television, talk shows and media ethics; soap opera, play and gossip; the uses of television in the home; television, identity and globalization; and, textual analysis, discourse and semiotics. Each chapter makes a compelling case for the importance of audience research in our thinking about television texts.The case studies introduce important new terms in the study of television, such as play, semiosis and modality, while also throwing new light on familiar terms, such as decoding, ideology and the public sphere. "Television, Audiences and Everyday Life" is essential reading for undergraduate students on media, cultural studies and sociology courses, or anybody who wants to understand television, its genres, and their place in everyday life.