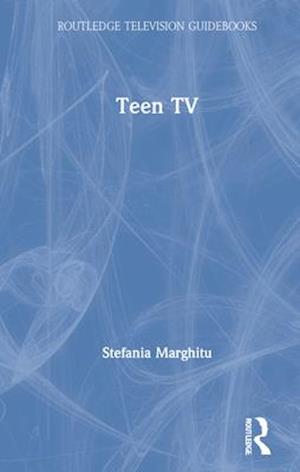 Teen TV explores the history of television's relationship to teens as a desired, but elusive audience, and the ways in which television has embraced youth subcultures, tracing the shifts in American and global televisual and teen media.Organized chronologically to cover each generation since the inception of the medium in the 1940s, the book examines a wide range of historical and contemporary programming: from the broadcast bottleneck, multi-channel era that included youth-targeted spaces like MTV, the WB, and the CW, to the rise of streaming platforms and global crossovers. It covers the thematic concerns and narrative structure of the coming-of-age story, and the prevalent genre formations of teen TV and milestones faced by teen characters. The book also includes interviews with creators and showrunners of hit network television teen series, including Degrassi's Linda Schuyler, and the costume designer that established a heightened turn in the significance of teen fashion on the small screen in Gossip Girl, Eric Daman.This book will be of interest to students, scholars, and teachers interested in television aesthetics, TV genres, pop culture, and youth culture, as well as media and television studies.

Forfattere
Bibliotekernes beskrivelse Teen TV presents the history of television's relationship to teens as a desired, but elusive audience and the ways that television has at times embraced youth subcultures. Focusing on the thematic concerns and narrative structure of the coming of age story, the prevalent genres of teen TV - soap opera, sitcom and reality show - and milestones faced by teen characters like sex, bullying, partying, depression and coming out, Ellen Seiter and Stefania Marghitu compare episodes across some of the best and most popular teen series of the last sixty years. Case studies include interviews with directors to discuss the particular challeneges of creating teen series for network television including Freaks and Geeks' Paul Feig and Malcom in the Middle's Ken Kwapis. Other shows discussed include Gossip Girl, Skins, Degrassi, Friday Night Lights, Growing Pains and more.