- Mediatized Sensibilities in a Globalized Era 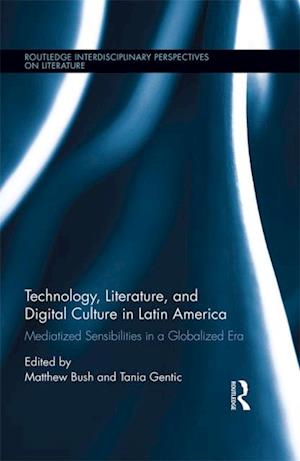 Grappling with the contemporary Latin American literary climate and its relationship to the pervasive technologies that shape global society, this book visits Latin American literature, technology, and digital culture from the post-boom era to the present day. The volume examines literature in dialogue with the newest media, including videogames, blogs, electronic literature, and social networking sites, as well as older forms of technology, such as film, photography, television, and music. Together, the essays interrogate how the global networked subject has affected local political and cultural concerns in Latin America. They show that this subject reflects an affective mode of knowledge that can transform the way scholars understand the effects of reading and spectatorship on the production of political communities. The collection thus addresses a series of issues crucial to current and future discussions of literature and culture in Latin America: how literary, visual, and digital artists make technology a formal element of their work; how technology, from photographs to blogs, is represented in text, and the ramifications of that presence; how new media alters the material circulation of culture in Latin America; how readership changes in a globalized electronic landscape; and how critical approaches to the convergences, boundaries, and protocols of new media might transform our understanding of the literature and culture produced or received in Latin America today and in the future.