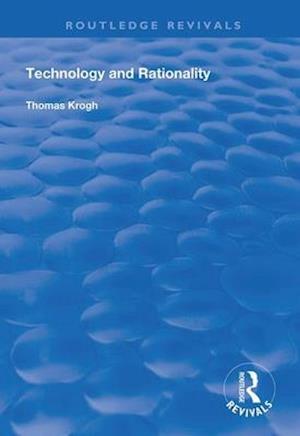 First published in 1998, this volume deals with the position and role that the technology of modern society has traditionally had and ought to have within modern social philosophy and social theory. These two considerations are by no means one and the same. This selectivity is expressed both by Thomas Krogh's choice of historical writers and in the systematic orientation towards a discussion of the way in which technology is treated in social philosophy or social theories that have been inspired by and reflect philosophy, and that move on a relatively high level of abstraction. These include those proposed by Gehlen, Marx, Sartre, Habermas and Luhmann.