Teacup in a Storm 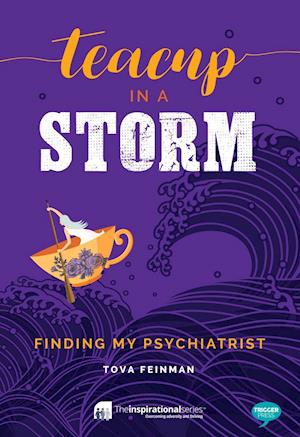 A bright and brilliant academic, Tova Feinman had an enviable life. She had a job through which her intellect shone, a loving husband, and a child who adored her. But sometimes, people's lives are far different than they appear on the outside. Wracked with trauma from childhood abuse, and dealing with her husband's addiction to pills, Tova sought therapy to soothe her mind. But therapy is not as easy as simply finding a person to talk to. Forging such an intimate - while at the same time appropriate - bond with someone can be a difficult thing to do. Tova built a dangerous relationship with her first therapist, during which she teetered on the edge of oblivion. It was only when this came to an abrupt end that she found her current therapist Dr. Guterson and began to mend herself. Twenty years on, Tova and Dr. Guterson's relationship remains professional, their bond strong and dependable. Teacup in a Storm tells the journey of a woman looking for the right therapist, and the pitfalls she encountered along the way.

Forfattere
Bibliotekernes beskrivelse The journey of a woman looking for the right therapist, and the pitfalls she encountered along the way.