T.E. Hulme and the Question of Modernism 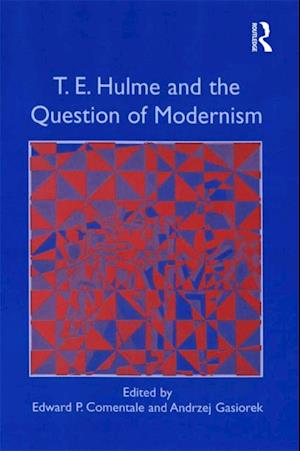 Though only 34 years old at the time of his death in 1917, T.E. Hulme had already taken his place at the center of pre-war London's advanced intellectual circles. His work as poet, critic, philosopher, aesthetician, and political theorist helped define several major aesthetic and political movements, including imagism and Vorticism. Despite his influence, however, the man T.S. Eliot described as 'classical, reactionary, and revolutionary' has until very recently been neglected by scholars, and T.E. Hulme and the Question of Modernism is the first essay collection to offer an in-depth exploration of Hulme's thought. While each essay highlights a different aspect of Hulme's work on the overlapping discourses of aesthetics, politics, and philosophy, taken together they demonstrate a shared belief in Hulme's decisive importance to the emergence of modernism and to the many categories that still govern our thinking about it. In addition to the editors, contributors include Todd Avery, Rebecca Beasley, C.D. Blanton, Helen Carr, Paul Edwards, Lee Garver, Jesse Matz, Alan Munton, and Andrew Thacker.