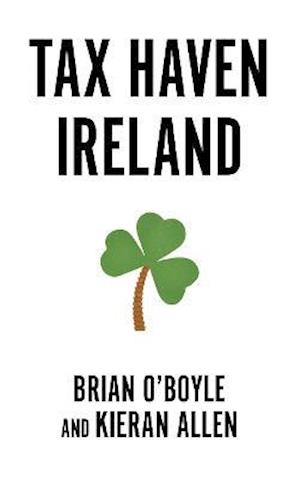 This is the story of how a small island on the edge of Europe became one of the world's major tax havens. From global corporations such as Apple and Google, to investment bankers and mainstream politicians, those taking advantage of Ireland's pro-business tax laws and shadow banking system have amassed untold riches at enormous social cost to ordinary people at home and abroad.Tax Haven Ireland uncovers the central players in this process and exposes the coverups employed by the Irish state, with the help of accountants, lawyers and financial services companies. From the lucrative internet porn industry to corruption in the property market, this issue distorts the economy across the state and in the wider international system, and its history runs deep, going back the country's origins as a British colonial outpost.Today, in the wake of Brexit and in the shadow of yet another economic crash, what can be done to prevent such dangerous behaviour and reorganise our economies to invest in the people? Can Ireland - and all of us - build an alternative economy based on fairness and democratic values?