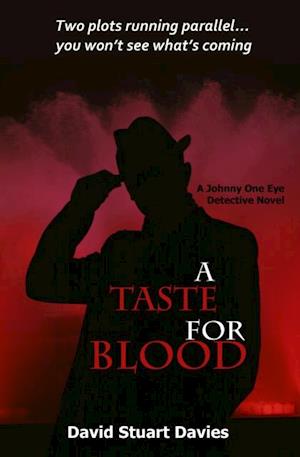 The sixth novel in the Detective Johnny (One Eye) Hawke series.Two laser-sharp detectives, two thought-provoking cases and two skilful plots.Featuring private investigator Johnny (One Eye) Hawke, and his one-time colleague in the police force Detective David Llewellyn. Llewellyn is investigating the chilling crimes of a top psychiatrist and his scheming patient who the doctor believes has knuckled under his authority. In the meantime, Hawke is on the case of a mysterious suicide in Edgware Road... soon discovered as not your average suicide.The guts and insight of the two investigators bring both cases to a head - though you won't even begin to see how until you have turned the last pages. Review:'This is a delightful read because you are not quite sure what will happen and you are hooked enough to keep on reading. Enjoyable.' - J Robert Ewbank, author'Interesting mystery that takes place in the 1930's in England. Private Investigator Johnny Hawke is investigating a suicide that seems off and his police buddy, Detective David Llewellyn is investigating a bloody crime involving an escaped convict and a psychiatrist. The two stories merge for a twisted ending. The details are grisly and the main villain enjoys his victims just a bit too much. But other than that, it was a good story with an unpredictable ending - just how I like my mysteries. Although this is the sixth Johnny Hawke novel, you can read it and understand it without reading the previous books. Enough background is given so that you know who Johnny is.' Donna Miller, Librarian, USA 'Even though this was the sixth novel in the series it can be read as a stand-alone, forming an intriguing double set of mysteries... a nerve-wracking conclusion that will have you on edge until it's resolved. The murderer is truly chilling, definitely not for the faint-hearted.' Rebecca Chandler, Reviewer, UK