- The Fall of South Vietnam (Volume 1) 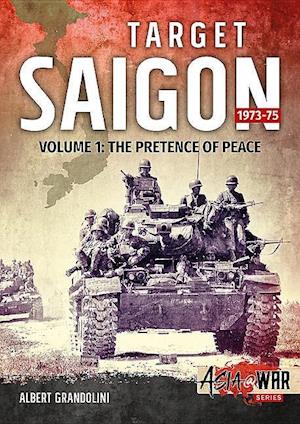 After 27 years of conflict it seemed that peace would finally settle on the Indochina peninsula on 27January 1973 with the signing of a peace accord in Paris. The North Vietnamese had previously launched their greatest offensive against South Vietnam but fell short of their objectives, the destruction of the Army of the Republic of Vietnam (ARVN) and the destruction of the Saigon regime. They now proposed, in exchange for the release of the US prisoners of war, the withdrawal of the remaining American forces in Vietnam. Far from feeling committed by the agreement, the Hanoi leadership prepared the next round, the ultimate conquest of South Vietnam now that Washington had completely evacuated its last troops from the country. That first volume sets the scene, by making an assessment of the situation on the field, in both tactical and strategic perspectives. It also examines the last episode of the US gradual withdrawal as well as the implementation of part of the Peace Accords with the removal by the US Navy of the mines sown by its aircraft from the North Vietnamese ports and inland waters. It then presents the respective opposing armed forces and will particularly focus on the North Vietnamese rebuilding after the havoc wrought by the American aerial campaign of 1972. Furthermore, the expansion of the famous Ho Chi Minh Trail, vital for the logistical support of the communist troops, is thoroughly detailed. The South Vietnamese on their part placed great emphasis on developing their own air force in order to try to replace the withdrawal of American airpower. Most at all, it also details the initial fighting that not only resumed but soon escalated into divisional-level battles where the South Vietnamese still prevailed.