- Advocator and Founder of Nanyang University 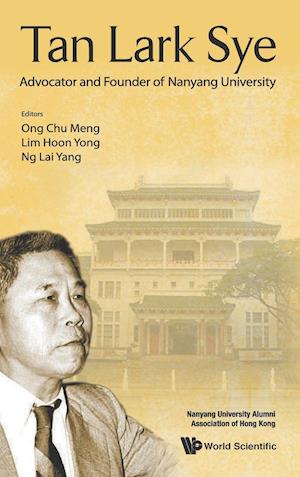 This book is a record of Mr Tan Lark Sye's remarkable contribution to the founding of Nanyang University.Hailing from Jimei, Fujian Province of China, Mr Tan Lark Sye (1897 - 1972) was a leading rubber industrialist in Southeast Asia. Being a social activist, he believed in the value of education. As Chairman of the Chinese Chamber of Commerce in the 1950s, he fought for citizenship for the Chinese in Singapore, and for the Chinese language to be one of Singapore's official languages. Mr Tan's most outstanding contribution, however, was the initiating of the founding of Nanyang University in 1953. He donated SGD5 million, which was a colossal amount at the time, to its building fund, as well as 523 acres of land for its campus on behalf of the Hokkien Huay Kuan.This collection of essays is based on a Chinese publication in 1997 on the occasion of Mr Tan Lark Sye's centenary birthday by Nanyang University Alumni Association of Hong Kong. It contains essays by outstanding Nanyang graduates and speeches by Mr Tan. It elaborates on how Mr Tan advocated to establish the Nanyang University while facing various difficulties. It tells of the life stories of Mr Tan. It is a must-read for those interested in the history of Nanyang University and the legendary life of Mr Tan.