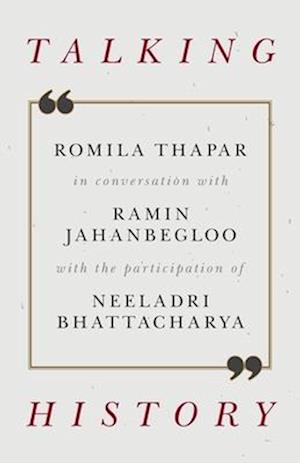 Talking History is the eighth title in the OUP series of Ramin Jahanbegloo's conversations with prominent intellectuals who have influenced modern Indian thought. This volume excavates the life and career of Romila Thapar as a historian and a public intellectual. Her multifaceted work, from her early research on Asoka and the Decline of the Mauryas to her classic studies on the lineage system in India, her questioning of the dominant paradigms of historiansfrom both the colonial era and from the more recent nationalist era to the role of a public intellectual in India, have made her one of the most frequently read, discussed, and cited historians of our times. Across the six parts of the book, Jahanbegloo probes her to talk about some of the central issues of history writing in India, such as the function of a historian, conflict with Hindu fundamentalism, authority in historical research, oriental despotism, and the polymorphous structure of Hinduism, as also about her life.

Forfattere
Bibliotekernes beskrivelse This work is an interview of Romila Thapar, one of the most prominent historians from India. She discusses her life and career, as well as important concepts and issues in the discipline of history.