Talking at the Gates 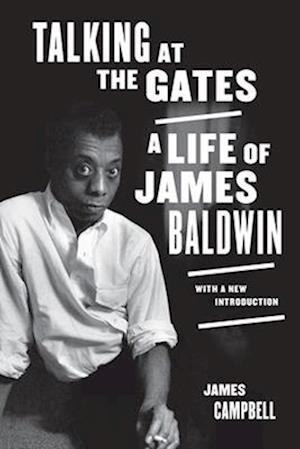 An intimate portrait of Baldwin's mythic life. James Baldwin was one of the most incisive and influential American writers of the twentieth century. Active in the civil rights movement of the sixties, open at all times about his homosexuality, Baldwin was celebrated for eloquent analyses of social unrest in his collections of essays and for daring portrayals of sexuality and interracial relationships in his fiction. By the time of his death in 1987, both fiction and nonfiction works such as Go Tell It on the Mountain, Another Country, The Fire Next Time and Notes of a Native Son had achieved the status of modern classics. James Campbell knew James Baldwin for the last ten years of his life. For Talking at the Gates, he interviewed many of Baldwin's friends and professional associates, and examined several hundred pages of correspondence. He was the first biographer to obtain access to the large file that the FBI and other agencies compiled on the writer. Talking at the Gates looks at Baldwin's turbulent relationships with Norman Mailer, Richard Wright, Marlon Brando, Martin Luther King Jr. and others, all of whom have their place in this elegantly written, candid, and original account of the life and work of a writer who held to the principle that "the unexamined life is not worth living." In a specially written introduction, Campbell discusses recent developments in Baldwin's reputation and his return to a position he occupied in the early 1960s, when Life magazine called him "the monarch of the current literary jungle". This new edition also contains an interview with Norman Mailer about Baldwin, which Campbell conducted in 1987. It is published here for the first time.

Forfattere
Bibliotekernes beskrivelse "James Campbell has ably blended both scholarship and personal recollection."--New York Times "Must reading for anyone interested in James Baldwin."--Washington Post "A marvelously illuminating literary biography . . . [and] an affectionate yet critical portrait."--Publishers Weekly "Campbell brings a mixture of intellectual integrity and something like truculence to the biographer's task."--Times Literary Supplement