Tales from the Vatican Vaults 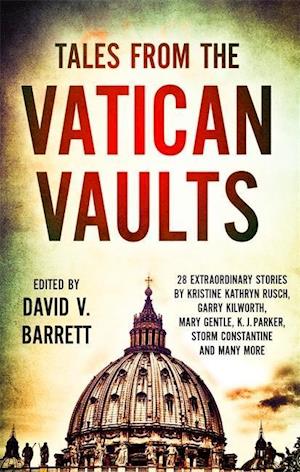 A captivating collection of original science fiction and fantasy stories based on the same alternate world premise: a collection of documents that have been suppressed by the Vatican and hidden away for years, in some cases centuries, are revealed when the vaults are thrown open by a reforming pope.In this alternate reality, Pope John Paul (I) does not die a month after his accession in 1978; instead he lives on for over 30 years to become the most reforming pope of all time. In addition to relaxing the rules on birth control and priestly celibacy he also opens up the most secret parts of the Vatican Library to scholars . . .In the Vatican's deepest vaults, documents are discovered which shed new light on world history, containing information which, if true, would cause many parts of accepted history to have to be rewritten. These include not just the undercover involvement of the Catholic Church in world affairs, but documented accounts of what really happened in historical conundrums, the real lives of saints and popes, miracles, magic, angels and even alien encounters.