Tales from the Tower of London 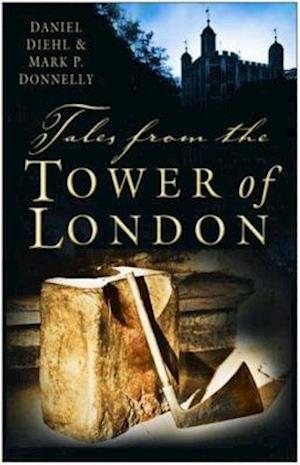 The brooding grey walls of the Tower of London circumscribe one of the most recognisable buildings on the planet. Over its thousand-year history the Tower stood as a symbol of the English monarchy and served as both a palace and a prison. It is a place where court intrigues, clandestine liaisons, unimaginable tortures and grisly executions took place with frightening regularity. Tales from the Tower of London is the factual history of the great building itself told through the true stories of the people, royal and common, good and bad, heroes and villains, who lived and died there. Including characters such as William the Conqueror, the Princes in the Tower, Jane Grey, Guy Fawkes, Colonel Blood and Rudolf Hess, the broad range of stories encompassed in Tales from the Tower of London present a microcosm of all human experience, from love and death to greed and betrayal, all played out against romantic period settings ranging from medieval knights in shining armour to the darkest days of World War II. Anyone who loves history and adventure will find Tales from the Tower of London a classic page turner.