Tales From Iobrias: The Dark Curse 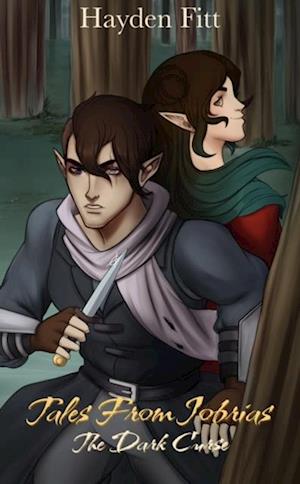 Tales From Iobrias: The Dark Curse, a story about revolution and redemption, follows the journey of a group of five allies as they attempt to restore power to the Queen of Dralia and take it back from the corrupt General Imurian, who has left a dark stain on the continent. Nineteen-year-old Aidyn Vamaris is among this group of revolutionaries. During this quest, the audacious Aidyn learns to reconnect with his half sister, Emiko, so they can move beyond their troubled past and grow to trust one another again. In this mysterious world of Elves, mediums, witches, and other magical beings, these allies must work together to keep their familial relationships, friendships, and themselves strong if they are going to survive the uprising. Aidyn and his friends must endure as their identities and relationships are put to the test in this time of great danger, secrets, betrayal, and powerful magical abilities that have yet to be fully understood. Author Hayden Fitt, who grew up playing Dungeons & Dragons and avidly reading fantasy stories, wrote this New Adult fiction adventure with hopes of connecting with other fantasy lovers and readers from underrepresented audiences, such as the POC and LGBT+ communities.