- The St. Louis Cardinals and the Building of Baseball's Best Franchise 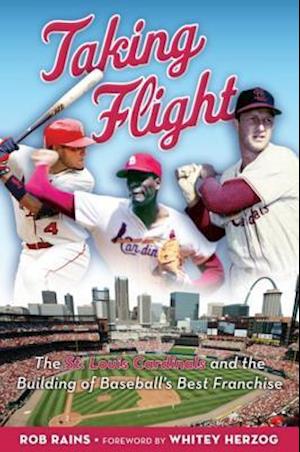 Written by veteran sportswriter and Cardinals insider Rob Rains,Taking Flight answers two basic questions what makes the Cardinals different from other organizations, and why are they so successful? Perhaps the most important man in the history of the organization was George Kissell. Among the future managers who came under Kissell's tutelage were Sparky Anderson, Joe Torre, Tony La Russa and the Cardinals' current manager, Mike Matheny. Kissell's imprint is still everywhere on the Cardinals' organization, nearly five years after his death. So too is the work of longtime coach and catching instructor Dave Ricketts, the man who first trained Matheny and later, Yadier Molina. It is the men such as Kissell and Ricketts, who worked for years without fame or notoriety, who helped mold the Cardinals into the franchise it is today.