Taking Aim at the Arms Trade 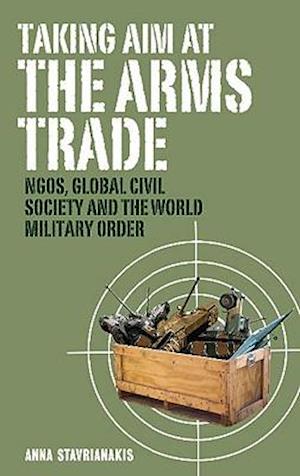 Taking Aim at The Arms Trade: NGOs, Global Civil Society and the World Military Order takes a critical look at the ways in which NGOs portray the arms trade as a problem of international politics and the strategies they use to effect change.NGOs have been pivotal in bringing the suffering caused by the arms trade to public attention, documenting its negative impact on human rights, conflict, security and development around the world, and pushing for measures to control or eradicate the trade. Overall, however, their activity has helped sideline debate on Northern military predominance while facilitating intervention in the South based on liberal understandings of the arms trade, conflict, development and human rights. They thus contribute to the perpetuation of a hierarchical world military order and the construction of the South as a site of Northern benevolence and intervention.Stavrianakis exposes the tensions inherent in NGOs' engagement with the arms trade and argues for a re-examination of dominant assumptions about NGOs as global civil society actors.