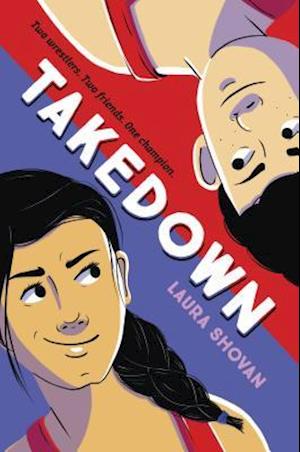 Discover what happens when one girl wants to break barriers in a sport dominated by boys in this exciting and thoughtful novel by the author of The Last Fifth Grade of Emerson Elementary. Mikayla is a wrestler; when you grow up in a house full of brothers who wrestle, it's inevitable. It's also a way to stay connected to her oldest brother, Evan, who moved in with their dad. Some people object to having a girl on the team. But that's not stopping Mikayla. She's determined to work harder than ever, and win. Lev is determined to make it to the state championships this year. He's used to training with his two buddies as the Fearsome Threesome; they know how to work together. At the beginning of sixth grade, he's paired with a new partner--a girl. This better not get in the way of his goal. Mikayla and Lev work hard together and become friends. But when they face each other, only one of them can win. "A kick-out story about family, friendship, and wrestling down stereotypes. Mikayla Delgado rocks " --Wendelin Van Draanen, author of Flipped, the Sammy Keyes series, and The Secret Life of Lincoln Jones "Kids struggle every day with the dynamics of high expectations, performance standards, and social relationships. Takedown is a great example of how the sport of wrestling can help everyone involved conquer these challenges and appreciate some of life's most valuable lessons." --Kyle Snyder, Olympic wrestling gold medalist