- One Man, One Tandem and Twenty Thousand Miles of Possibilities 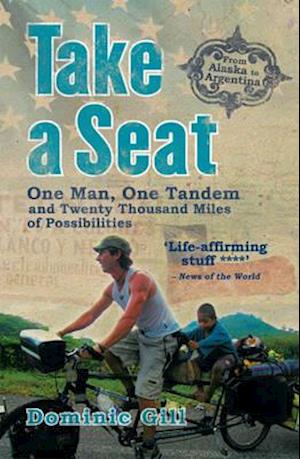 When Dominic Gill set out from Alaska on his bicycle, it was to be no ordinary ride. His goal was to reach Ushuaia, the southernmost city in South America, and he was starting off far from confident and with barely enough food to last a week. But Dominic had a secret weapon: the spare seat. His bicycle was a tandem and he would invite strangers to join him on his long journey. Over 26 months, Dominic covered 18,449 miles down the west coast of the Americas, passed through 15 countries, was looked after by countless strangers, crashed into a banana truck and was attacked by a man with a rusty machete. But Dominic's journey wasn't just an endurance challenge full of derring-do. While sharing his bicycle with 270 strangers who wanted to help him on his way, Dominic discovered a world that differed dramatically from the scare stories and the sensationalist press reports that had shaped his preconceptions about life in the Americas. What started as a physically demanding road trip turned into the inspirational adventure of a lifetime.