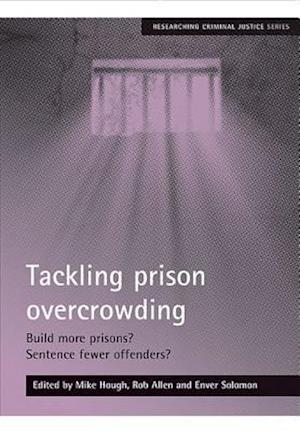 "Tackling prison overcrowding" is a response to controversial proposals for prisons and sentencing set out in by Lord Patrick Carter's "Review of Prisons", published in 2007. The Carter review proposed the construction of vast 'Titan' prisons to deal with the immediate problem of prison overcrowding, the establishment of a Sentencing Commission as a mechanism for keeping judicial demand for prison places in line with supply, along with further use of the private sector, including private sector management methods. "Tackling prison overcrowding" comprises nine chapters by leading academic experts, who expose these proposals to critical scrutiny. They take the Carter Report to task for construing the problems too narrowly, in terms of efficiency and economy, and for failing to understand the wider issues of justice that need addressing. They argue that the crisis of prison overcrowding is first and foremost a political problem - arising from penal populism - for which political solutions need to be found.This accessible report will be of interest to policy makers, probation practitioners, academics and other commentators on criminal policy.