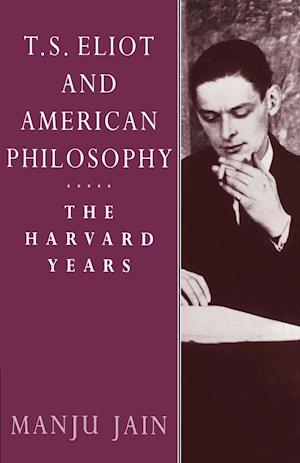 Manju Jain's innovative study of T. S. Eliot's Harvard years traces the genesis of his major literary, religious and intellectual preoccupations in his early work as a student of philosophy, and explores its influence on his poetic and critical practice. His concerns were located within the mainstream of Harvard philosophical debates, especially in relation to the controversy of science versus religion. These questions (and Eliot's work as he grappled with them) point forward to important debates in contemporary philosophy and hermeneutics. Drawing extensively on unpublished sources, Manju Jain offers answers to the questions of why Eliot failed to find satisfaction in an academic career devoted to philosophy, and why he abandoned the speculations of metaphysics for the dogmas of theology.