T. R. Malthus: The Unpublished Papers in the Collection of Kanto Gakuen University 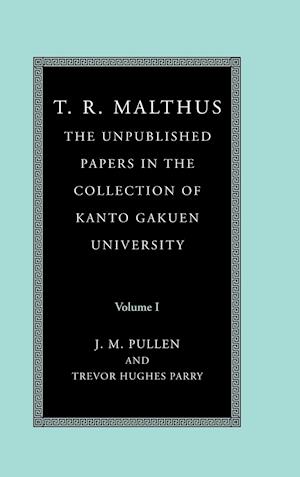 This volume comprises a collection of manuscripts by or relating to T. R. Malthus, recently discovered in the estate of a distant nephew, and previously unpublished. They consist of correspondence, sermons, essays and lecture notes on political economy and history. The manuscripts provide insights into Malthus' personal life - especially his relationships with his parents and his tutors. They also give details of the books he studied as a student, and suggest hitherto unknown influences on his intellectual development. They suggest a solution to the question of who or what influenced him to omit the controversial theological chapters from later editions of his Essay on Population, and his sermons present further evidence of his religious views. The manuscripts represent a remarkable discovery, more than 150 years after Malthus' death, of his correspondence and other unknown writings.