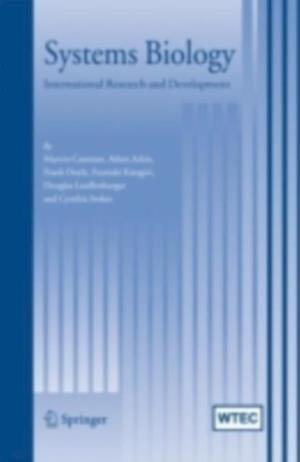 Systems biology is defined for the purpose of this study as the understanding of biological network behaviors, and in particular their dynamic aspects, which requires the utilization of mathematical modeling tightly linked to experiment. This involves a variety of approaches, such as the identification and validation of networks, the creation of appropriate datasets, the development of tools for data acquisition and software development, and the use of modeling and simulation software in close linkage with experiment. All of these are discussed in this volume. Of course, the definition becomes ambiguous at the margins, but at the core is the focus on networks, which makes it clear that the goal is to understand the operation of the systems, rather than the component parts.It was concluded that the U.S. is currently ahead of the rest of the world in systems biology, largely because of earlier investment by funding organizations and research institutions. This is reflected in a large number of active research groups, and educational programs, and a diverse and growing funding base. However, there is evidence of rapid development outside the U.S., much of it begun in the last two to three years. Overall, however, the picture is of an active field in the early stages of explosive growth.This volume is aimed at academic researchers, government research agency representatives and graduate students.