Synthesis, Characterization, and Theory of Polymeric Networks and Gels 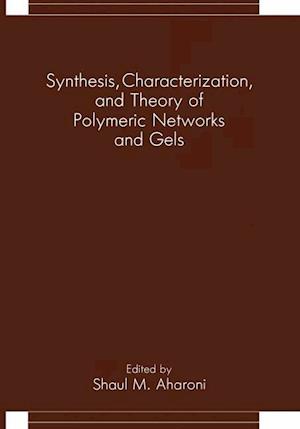 Polymer science is a technology-driven science. More often than not, technological breakthroughs opened the gates to rapid fundamental and theoretical advances, dramatically broadening the understanding of experimental observations, and expanding the science itself. Some of the breakthroughs involved the creation of new materials. Among these one may enumerate the vulcanization of natural rubber, the derivatization of cellulose, the giant advances right before and during World War II in the preparation and characterization of synthetic elastomers and semi crystalline polymers such as polyesters and polyamides, the subsequent creation of aromatic high-temperature resistant amorphous and semi-crystal line polymers, and the more recent development of liquid-crystalline polymers mostly with n~in-chain mesogenicity. other breakthroughs involve the development of powerful characterization techniques. Among the recent ones, the photon correlation spectroscopy owes its success to the advent of laser technology, small angle neutron scattering evolved from n~clear reactors technology, and modern solid-state nuclear magnetic resonance spectroscopy exists because of advances in superconductivity. The growing need for high modulus, high-temperature resistant polymers is opening at present a new technology, that of more or less rigid networks. The use of such networks is rapidly growing in applications where they are used as such or where they serve as matrices for fibers or other load bearing elements. The rigid networks are largely aromatic. Many of them are prepared from multifunctional wholly or almost-wholly aromatic kernels, while others contain large amount of stiff difunctional residus leading to the presence of many main-chain "liquid-crystalline" segments in the "infinite" network.