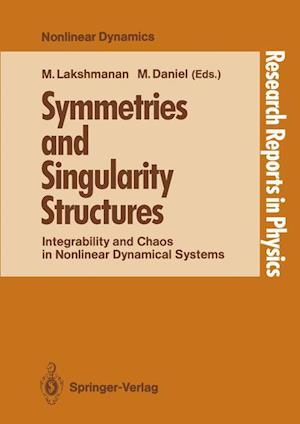 Symmetries and singularity structures play important roles in the study of nonlinear dynamical systems. It was Sophus Lie who originally stressed the importance of symmetries and invariance in the study of nonlinear differential equations. How- ever, the full potentialities of symmetries had been realized only after the advent of solitons in 1965. It is now a well-accepted fact that associated with the infinite number of integrals of motion of a given soliton system, an infinite number of gep. eralized Lie BAcklund symmetries exist. The associated bi-Hamiltonian struc- ture, Kac-Moody, Vrrasoro algebras, and so on, have been increasingly attracting the attention of scientists working in this area. Similarly, in recent times the role of symmetries in analyzing both the classical and quantum integrable and nonintegrable finite dimensional systems has been remarkable. On the other hand, the works of Fuchs, Kovalevskaya, Painleve and coworkers on the singularity structures associated with the solutions of nonlinear differen- tial equations have helped to classify first and second order nonlinear ordinary differential equations.The recent work of Ablowitz, Ramani and Segur, con- jecturing a connection between soliton systems and Painleve equations that are free from movable critical points, has motivated considerably the search for the connection between integrable dynamical systems with finite degrees of freedom and the Painleve property. Weiss, Tabor and Carnevale have extended these ideas to partial differential equations.