Syllables In Tashlhiyt Berber And In Moroccan Arabic 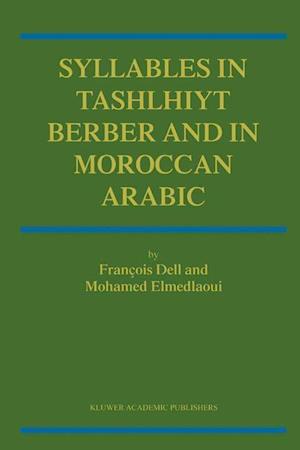 This book is intended primarily as an original contribution to the investi gation of the phonology of the two main languages spoken in Morocco. Its central topic is syllable structure. Our theoretical outlook is that of generative phonology. Most of the book deals with Tashlhiyt Berber. This language has a syllable structure with properties which are highly unusual, as seen from the vantage point of better-studied languages on which most theorizing about syllabification is based. On the one hand, complex consonant sequences are a common occurrence in the surface representations. On the other hand, syllable structure is very simple: only one distinctive feature bundle (phoneme) may occur in the onset, the nucleus or the coda. The way these two conflicting demands are reconciled is by allowing vowelless sylla bies . Any consonant may act as a syllable nucleus. When astring is syllabified, nuclear status is preferentially assigned to the segments with a higher degree of sonority than their neighbours. Consider for instance the expression below, which is a complete sentence meaning 'remove it (m) and eat it (m)': /kks=t t-ss-t=t/ [k. st. s . t:"] . k. k~t. t. s. . slt. The sentence must be pronounced voiceless throughout, as indicated by the IPA transcription between square brackets ; the syllabic parse given after the IPA transcription indicates that the sentence comprises four syllables (syllable nuclei are underlined). The differences between the dialects of Berber have to do primarily with the phonology and the lexicon.