Swords Around the Throne

indgår i serie Twilight of Empire 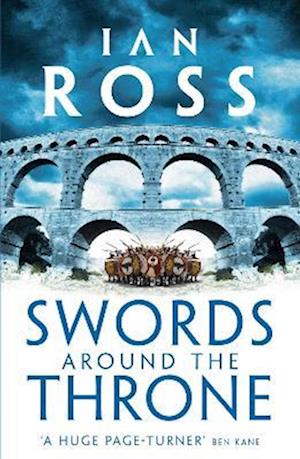 Rome is in peril... The old order is changing. Centurion Aurelius Castus has been summoned back from Britain to find himself caught up in a treasonous conspiracy threatening to bring down the Emperor Constantine. Rewarded for saving the emperor's life, Castus is promoted to the elite imperial bodyguard: the swords around the throne. But he soon discovers the court to be as dangerous as the battlefield. Behind the gilded facade of empire lurks a nest of traitors and one relentless enemy.

Forfattere
Bibliotekernes beskrivelse The second novel in this gripping series, set at the end of the Roman Empire, sees a treasonous conspiracy threatening to bring down the Emperor Constantine. Only one man's courage stands between the rebels and victory.