indgår i serie Rose and Thorn 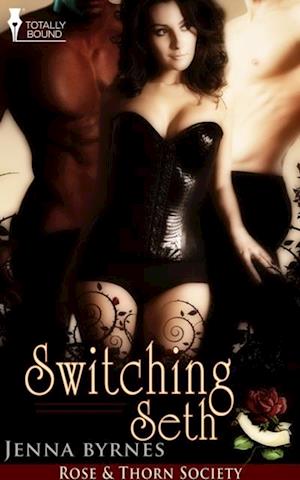 Seth and Michael, a practising BDSM couple, decide to shake things up by adding a woman to their gay relationship. Seth Carter is the perfect submissive. He'll do anything for his lover and Master, Michael. But Seth has a secret desire: he'd like to try being a Dom. Realising he'll never dominate Michael, with his Master's permission, he goes looking for a slave of his own. Carla Nelson is new to Southern California and the BDSM club, the Rose & Thorn Society. She's looking for a submissive, but falls deep in lust when she meets Seth. The words 'gay and married' resonate in her head, but she can't fight the intense attraction. When he calls her with a proposal, she discovers she may not have to. Seth wants to dominate Carla. With Michael training him, he promises they'll fulfil her every desire. The allure of having two men at once - two Masters - is strong. The fact that one is the handsome Seth makes the offer irresistible. Carla agrees to accept Michael in the package deal, unaware of how he really feels about the arrangement. Welcome to the Rose & Thorn Society, where the scent of submission is sweet. Reader Advisory: This story contains sexual interaction between men, and menage in a polyamorous relationship between two men and a woman. The stories in this series are linked solely by theme. Each story can be read on it's own and the stories can be read in any order. Publisher's Note: This book was previously released by Totally Bound Publishing by the author under a different pen-name