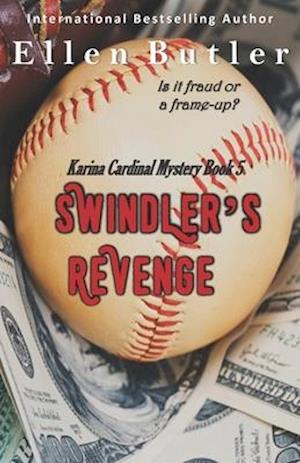 There are no softball cases in the FBI...especially when an agent gets dirty. Karina Cardinal's Saturday starts out with a bang, and it's not the home renovation marathon she's watching on HGTV. It's the FBI banging on her door, hunting for a fugitive. As if she could easily hide one in her modest condo. Especially one named Mike Finnegan.

The two of them called it splitsville a couple months ago, but Mike? Take a $1.2 million bribe? No and no and no. No matter how much damning evidence the feds claim to have. When a mysterious burner phone shows up in her pocket, Karina has no doubt who dropped it there. Mike is deep undercover and so far off-grid, he needs help to figure out who's framing him-and why.

Classic Karina, she jumps in with both feet, ignoring the dangers. The trouble with leaping before you look? You can land in a world of dirt. And when an old enemy starts playing hardball, you can end up six feet under it. ----- International bestselling and award-winning author Ellen Butler presents book five in the Karina Cardinal mystery series! Fans of Elizabeth Peters and Janet Evanovich's Stephanie Plum will adore this gripping mystery adventure.

Forlag:
Power to the Pen