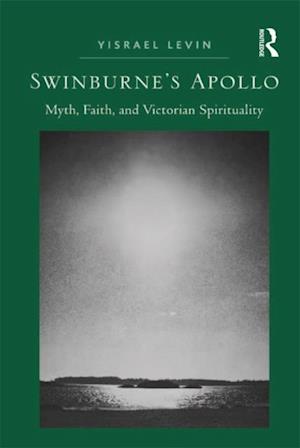 Focusing on Algernon Charles Swinburne's poems on Apollo, Yisrael Levin calls for a re-examination of the poet's place in Victorian studies in light of his contributions to nineteenth-century intellectual history. Swinburne's Apollonian poetry, Levin argues, shows the poet's active participation in late-Victorian debates about the nature and function of faith in an age of changing religious attitudes. Levin traces the shifts that took place in Swinburne's conception of Apollo over a period of four decades, from Swinburne's attempt to define Apollo as an alternative to the Judeo-Christian deity to Swinburne's formation of a theological system revolving around Apollo and finally to the ways in which Swinburne's view of Apollo led to his agnostic view of spirituality. Even though Swinburne had lost his faith and rejected institutional religion by his early twenties, he retained a distinct interest in spiritual issues and paid careful attention to developments in religious thought. Levin persuasively shows that Swinburne was not simply a poet provocateur who enjoyed controversy but failed to provide valid cultural commentary, but was rather a profound thinker whose insights into nineteenth-century spirituality are expressed throughout his Apollonian poetry.