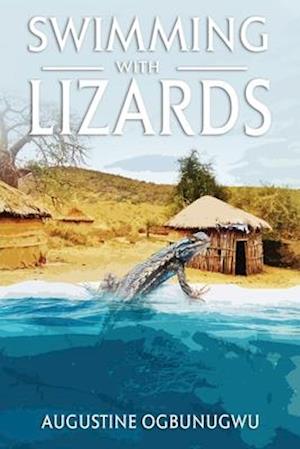 UMUOKIKA IS A PROSPEROUS AFRICAN COMMUNITY LED BY CHIEF EBUBE, the son of a great warrior - until a mysterious illness descended upon the people. Its first victim is Ebube's youngest wife, who becomes sick with a high fever and strange sores. At first, Ebube suspects malaria, but it is not long before others in Umuokika and beyond begin to fall ill.

From the onset of the health crisis, a battle begins between faith and science, the old and the new, and the indigenous and the foreign. In a community torn apart by a simmering debate over which way to resolve the emergency, Chief Ebube finds himself in a precarious situation since his wife is the carrier of the disease. Fueled by a burning desire to uphold the religious traditions and save lives, Ebube eventually caves into the demands of the people and follows the prescription of a diviner over medical advice. But what he does not know is that his decision comes with tragic consequences.

Swimming with Lizards is a tale of an African community's battle with a mystery illness as its leader and his people attempt to contain the ravages of the disease before it is too late for all of them.